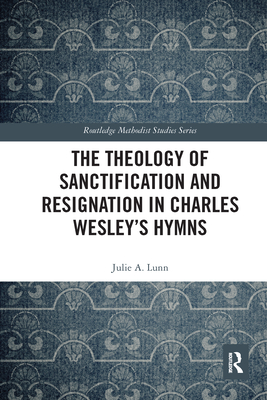 Sanctification is a central theme in the theology of both John and Charles Wesley. However, while John's theology of sanctification has received much scholarly attention, significantly less has been paid to Charles' views on the subject. This book redresses this imbalance by using Charles' many poetic texts as a window into his rich theological thought on sanctification, particularly uncovering the role of resignation in the development of his views on this key doctrine.

In this analysis of Charles' theology of sanctification, the centrality he accorded to resignation is uncovered to show a positive attribute involving acts of intention, desire and offering to God. The book begins by putting Charles' position in the context of contemporary theology, and then shows how he differed in attitude from his brother John. It then discusses in depth how his hymns use the concept of resignation, both in relation to Jesus Christ and the believer. It concludes this analysis by identifying the ways in which Charles understood the relationship between resignation and sanctification; namely, that resignation is a lens through which Charles views holiness. The final chapter considers the implications of these conclusions for a twenty-first century theological and spiritual context, and asks whether resignation is still a concept which can be used today.

This book breaks new ground in the understanding of Charles Wesley's personal theology. As such, it will be of significant interest to scholars of Methodism and the Wesleys as well as those working in theology, spirituality, and the history of religion.

Julie Ann Lunn is Lecturer in Practical and Social Theology at Nazarene Theological College, Manchester, UK. She teaches in the areas of Practical Theology, Pastoral Theology, and Christian Spirituality, with a particular interest in Wesley Studies. She is also an ordained Methodist minister.