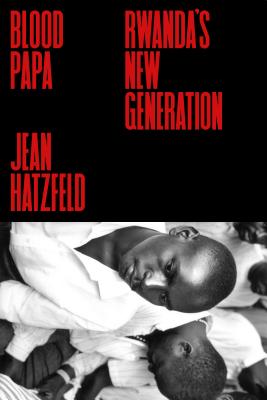 By Jean Hatzfeld, Joshua David Jordan (Translated by)
$26.00
Email or call for price.

The continuation of a groundbreaking study of the Rwandan genocide, and the story of the survivor generation

In Rwanda from April to June 1994, 800,000 Tutsis were slaughtered by their Hutu neighbors in the largest and swiftest genocide since World War II. In his previous books, Jean Hatzfeld has documented the lives of the killers and victims, but after twenty years he has found that the enormity of understanding doesn’t stop with one generation. In Blood Papa, Hatzfeld returns to the hills and marshes of Nyamata to ask what has become of the children—those who never saw the machetes yet have grown up in the shadow of tragedy.

Fabrice, Sandra, Jean-Pierre, and others share the genocide as a common inheritance. Some have known only their parents’ silence and lies, enduring the harassment of classmates or the stigma of a father jailed for unspeakable crimes. Others have enjoyed a loving home and the sympathies offered to survivor children, but do so without parents or an extended family.

The young Rwandans in Blood Papa see each other in the neighborhood—they dance and gossip, frequent the same cafés, and, like teenagers everywhere, love sports, music, and fashion; they surf the Web and dream of marriage. Yet Hutu and Tutsi children rarely speak of the ghosts that haunt their lives. Here their moving first-person accounts combined with Hatzfeld’s arresting chronicles of everyday life form a testament to survival in a country devastated by the terrible crimes and trauma of the past.

Jean Hatzfeld, an international reporter for Libération since 1973, is the author of many books, including Machete Season and The Antelope's Strategy on Rwanda as well as books on the war in Croatia and Bosnia. He lives in Paris.