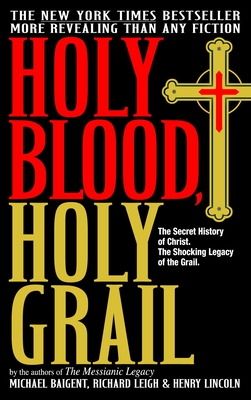 Is the traditional, accepted view of the life of Christ in some way incomplete?

According to the authors of this extraordinarily provocative, meticulously researched book, not only are these things possible — they are probably true! so revolutionary, so original, so convincing, that the most faithful Christians will be moved; here is the book that has sparked worldwide controversey.

"Like Chariots of the Gods?...the plot has all the elements of an international thriller."
— Newsweek

Michael Baigent was born in New Zealand in 1948 and obtained a degree in psychology from Canterbury University. At one point he gave up a successful career in photojournalism to devote his time to researching the Templars for a film project. Since 1976 he has lived in England.

Richard Leigh is a novelist and short-story writer with postgraduate degrees in comparative literature and a thorough knowledge of history, philosophy, psychology, and esoterica. He has been working for some years as a university lecturer in the United States, Canada, and Britain.