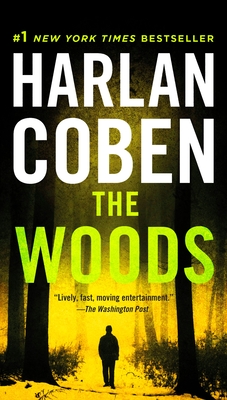 By Harlan Coben
$9.99
Not Available In-Store - Usually Ships from Warehouse in 1-5 Days

The bestselling author and creator of the hit Netflix drama The Stranger takes readers into the heart of family loyalty in this twisty page-turner that proves that the darkest secrets are often closest to home.

Paul Copeland, a New Jersey county prosecutor, is still grieving the loss of his sister twenty years ago—the night she walked into the woods, never to be seen again. But now, a homicide victim is found with evidence linking him to the disappearance. The victim could be the boy who vanished along with Paul's sister. And, as hope rises that his sister could still be alive, dangerous secrets from his family's past threaten to tear apart everything Paul has been trying to hold together....

HARLAN COBEN is the #1 New York Times and international bestselling author of more than thirty novels, including Run Away, Don’t Let Go, Home, and Fool Me Once, as well as the award-winning Myron Bolitar series. Coben has more than seventy million books in print in more than forty languages worldwide. The winner of the Edgar, Shamus, and Anthony Awards, he lives in New Jersey.

Praise for The Woods

“[The Woods] might just be the best thing Coben has written...A gripping story, filled with fine characters and dark secrets.”—Chicago Sun Times

“A lively, fast-moving entertainment, jam packed with the bizarre plot twists that are his stock in trade.”—The Washington Post

“Coben turns the idyll of summer camp into a nightmare...Enter, you who dare.”—The Columbus Dispatch

“Another surprising and emotional story that will remain with the reader long after the last page is finished. One of Coben’s best.”—Library Journal