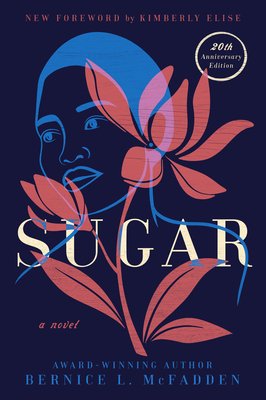 A novel by a critically acclaimed voice in contemporary fiction, praised by Ebony for its “unforgettable images, unique characters, and moving story that keeps the pages turning until the end.”

A young prostitute comes to Bigelow, Arkansas, to start over, far from her haunting past. Sugar moves next door to Pearl, who is still grieving for the daughter who was murdered fifteen years before. Over sweet-potato pie, an unlikely friendship begins, transforming both women's lives—and the life of an entire town.

Sugar brings a Southern African-American town vividly to life, with its flowering magnolia trees, lingering scents of jasmine and honeysuckle, and white picket fences that keep strangers out—but ignorance and superstition in. To read this novel is to take a journey through loss and suffering to a place of forgiveness, understanding, and grace.

Bernice L. McFadden is the author of several critically acclaimed novels including Praise Song for the Butterflies (longlisted for the 2019 Women’s Prize for Fiction), Sugar, Loving Donovan, Nowhere Is a Place, The Warmest December, Gathering of Waters (a New York Times Editors' Choice and one of the 100 Notable Books of 2012), Glorious, and The Book of Harlan (winner of a 2017 American Book Award and the NAACP Image Award for Outstanding Literary Work, Fiction). She is a four-time Hurston/Wright Legacy Award finalist, as well as the recipient of three awards from the BCALA.

"This book is so engaging and beautiful and intriguing and satisfying that I could not put it down."—Tarana Burke for Elle

“McFadden's debut novel is an earthy slice of life in a small Southern town. When Sugar, a prostitute who never had a chance for love or a normal life, moves into the house next door to Pearl, a matron who lost her spirit after the murder of her daughter 15 years before, the two women form a bond strong enough to withstand even the most vicious gossip. But secrets from both of their pasts may prove too much even for these two compelling women, and Sugar must choose between her dreams for something better and the people she has learned to love. McFadden captures the full character of small-town life and the strengths and weaknesses of its people. This novel of friendship and loss is an excellent addition to the growing body of work by young African American writers.”—Library Journal

“With her eponymous anti-heroine, debut novelist McFadden breaks the mold of a venerable stereotype. Here, the hooker with a heart of gold is instead a hooker with a past so tarnished no amount of polishing can change her fate...This ambitious first novel will appeal to readers who can appreciate Sugar's determination to come to terms with her past and fashion a viable future.”—Publishers Weekly