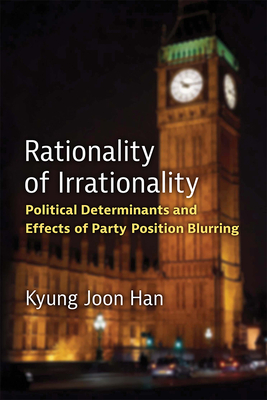 By Kyung Joon Han
Email or call for price

Kyung Joon Han is Associate Professor in the Department of Political Science at the University of Tennessee, Knoxville.

“For a long time, political scientists ignored the fact that parties often strategically take ambiguous positions. Based on cross-national analysis and case studies of radical-right and social democratic parties, this book provides a much-needed, encompassing reassessment of the way parties can use position blurring to increase their appeal among voters.”
—Markus Wagner, University of Vienna
— Markus Wagner