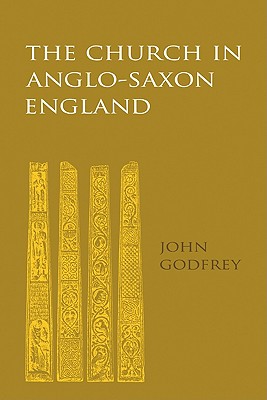 By John Godfrey
$61.99
Not Available In-Store - Usually Ships from Warehouse in 1-5 Days

It is likely that the gospel was brought to Britain in Roman times by merchants and soldiers from Gaul. The author offers a details and balanced history of the events of these years. While his main theme is the conversion of the English to the Christian faith, his account is not narrowly ecclesiastical: he is concerned as much with the notable personalities and cultural achievements as with the fluctuating fortunes of the Church itself, the growth of its institutions and the work of its missions. The sixteen plates, including some illustrations seldom or never previously reproduced, give rich evidence of Anglo-Saxon taste and skill. there are six maps, an extensive bibliography, and full notes and references. No history of the Old English Church of a comparable size and scope has appeared in this century; and since Mr Godfrey's approach is both informed and uncomplicated, his book will be equally enjoyed by the scholar and the general reader.
My Account • Sign In • Sign Out • Register
NEW & USED BOOKS
AUTHOR EVENTS • GIFTS
Tempe
6428 South McClintock Drive
480.730.0205
[Google Map]
10am-7pm daily
Trade Counter 11am-6pm daily