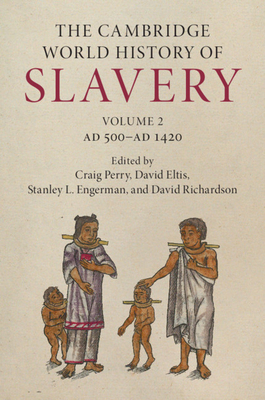 Medieval slavery has received little attention relative to slavery in ancient Greece and Rome and in the early modern Atlantic world. This imbalance in the scholarship has led many to assume that slavery was of minor importance in the Middle Ages. In fact, the practice of slavery continued unabated across the globe throughout the medieval millennium. This volume - the final volume in The Cambridge World History of Slavery - covers the period between the fall of Rome and the rise of the transatlantic plantation complexes by assembling twenty-three original essays, written by scholars acknowledged as leaders in their respective fields. The volume demonstrates the continual and central presence of slavery in societies worldwide between 500 CE and 1420 CE. The essays analyze key concepts in the history of slavery, including gender, trade, empire, state formation and diplomacy, labor, childhood, social status and mobility, cultural attitudes, spectrums of dependency and coercion, and life histories of enslaved people.
My Account • Sign In • Sign Out • Register
NEW & USED BOOKS
AUTHOR EVENTS • GIFTS
Tempe
6428 South McClintock Drive
480.730.0205
[Google Map]
Sunday-Friday 10am-8pm
Saturday 9am-8pm
Trade Counter 11am-6pm daily