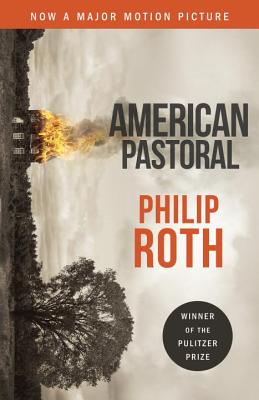 Our greatest living novelist gives us two of his greatest novels in his so-called “American Trilogy.” I Married a Communist is a good book by any standard, but American Pastoral and The Human Stain—both of which were singled out by the New York Times as contenders for the best American novel of the last 25 years—are flat-out masterworks. If you’re familiar only with Portnoy’s Complaint (the book that made Roth a superstar), do yourself a favor and pick up the American Trilogy. The eloquence of Roth’s prose and the sagacity of his endlessly fascinating and agile mind are electrifying. Each is a stand-alone novel, so I recommend starting with American Pastoral, then The Human Stain, and finally I Married a Communist.

Now a major motion picture Here is Philip Roth's masterpiece--an elegy for the American century's promises of prosperity, civic order, and domestic bliss. Roth's protagonist is Swede Levov, a legendary athlete at his Newark high school, who grows up in the booming postwar years to marry a former Miss New Jersey, inherit his father's glove factory, and move into a stone house in the idyllic hamlet of Old Rimrock. And then one day in 1968, Swede's beautiful American luck deserts him. For Swede's adored daughter, Merry, has grown from a loving, quick-witted girl into a sullen, fanatical teenager--a teenager capable of an outlandishly savage act of political terrorism. And overnight Swede is wrenched out of the longed-for American pastoral and into the indigenous American berserk. Compulsively readable, propelled by sorrow, rage, and a deep compassion for its characters, American Pastoral gives us Philip Roth at the height of his powers.

In 1997 Philip Roth won the Pulitzer Prize for American Pastoral. In 1998 he received the National Medal of Arts at the White House and in 2002 the highest award of the American Academy of Arts and Letters, the Gold Medal in Fiction. He has twice won the National Book Award and the National Book Critics Circle Award. He has won the PEN/Faulkner Award three times. In 2005 The Plot Against America received the Society of American Historians' Prize for "the outstanding historical novel on an American theme for 2003-2004." In 2006 and 2007 Roth received PEN's two most prestigious awards: the PEN/Nabokov Award and the PEN/Bellow Award for achievement in American fiction. Roth is the only living American novelist to have his work published in a comprehensive, definitive edition by the Library ofAmerica. In 2011 he received the National Humanities Medal at the White House, and was later named the fourth recipient of the Man Booker International Prize.