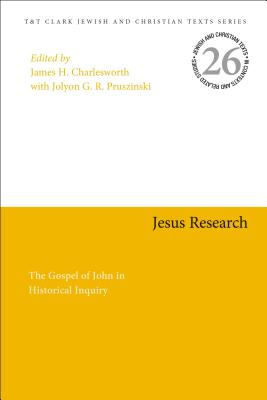 This is book number 26 in the Jewish and Christian Texts series.

Most experts who seek to understand the historical Jesus focus only on the Synoptic Gospels of Mark, Matthew and Luke. However, the contributors of this volume come to an important consensus: that the Gospel of John preserves traditions that are independent of the Synoptics, and which are often as reliable as any known traditions for understanding the historical Jesus. As such, the contributors argue for the use of John's Gospel in Jesus research.