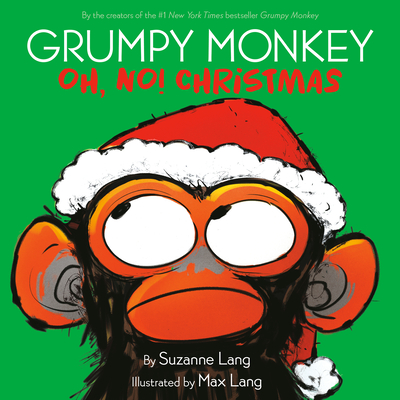 Jim Panzee, our favorite #1 New York Times bestselling grumpy monkey, is feeling like quite the Scrooge this holiday season!

It's Christmas time in the jungle, and Jim just can't get into the holiday spirit. Then Jim eats a "festive" green banana that makes him feel sick. Now everything seems worse. While all the other animals in the jungle are ready and eagerly awaiting Christmas, Jim can't stop feeling that this time of year stinks. But with his good friend Norman's help, Jim discovers that focusing on the good things around him instead of his own problems, is a reason to celebrate.

SUZANNE LANG produces, develops, and writes children's television. Formerly with Cartoon Network, she is presently the story editor of an animated comedy series for Cake Entertainment and Copa Studios. Suzanne has a BFA in film and television from NYU's Tisch School of the Arts.

MAX LANG is an animation director, storyboard artist, character designer, and illustrator. He codirected the adaptation of The Gruffalo, which was nominated for an Oscar and a BAFTA, as well as the adaptation of the picture book Room on the Broom, which has won numerous awards, including the Cristal for Best TV Production at the Annecy Animation Festival.
My Account • Sign In • Sign Out • Register
NEW & USED BOOKS
AUTHOR EVENTS • GIFTS
Tempe
6428 South McClintock Drive
480.730.0205
[Google Map]
Sunday-Friday 10am-8pm
Saturday 9am-8pm
Trade Counter 11am-6pm daily