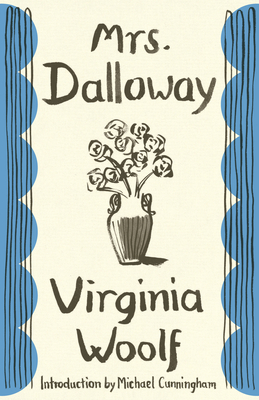 This new edition of one of Virginia Woolf’s most celebrated novels features an introduction by Michael Cunningham, acclaimed bestselling author of The Hours.

Mrs. Dalloway chronicles a June day in the life of Clarissa Dalloway–a day that is taken up with running minor errands in preparation for a party and that is punctuated, toward the end, by the death of a young man she has never met. In giving an apparently ordinary day such immense resonance and significance–infusing it with the elemental conflict between death and life–Virginia Woolf triumphantly discovers her distinctive style as a novelist. Originally published in 1925, Mrs. Dalloway is Woolf’s first complete rendering of what she described as the “luminous envelope” of consciousness: a dazzling display of the mind’s inside as it plays over the brilliant surface and darker depths of reality.

This edition uses the text of the original British publication of Mrs. Dalloway, which includes changes Woolf made that never appeared in the first or subsequent American editions.

VIRGINIA WOOLF (1882–1941) was born in London. A pioneer in the narrative use of stream of consciousness, she published her first novel, The Voyage Out, in 1915. This was followed by literary criticism and essays, most notably A Room of One’s Own, and other acclaimed novels, including Mrs. Dalloway, To the Lighthouse, and Orlando.

"Mrs. Dalloway marks the beginning of a career that would change, forever, the ways in which novels are written, and read.  It’s an intricately-wrought portrait of a place and a time, and is also a stunningly acute portrait of the multifarious experience of living a life, anywhere, at any time."
--from the introduction to the Vintage edition by Michael Cunningham

“Perhaps her masterpiece...Exquisite and superbly constructed…Required like most writers to choose between the surface and the depths as the basis of her operations, she chooses the surface and then burrows in as far as she can.” –E. M. Forster

“Hers is indisputably among the most sensitive of the minds and imaginations felicitously experimenting with the English novel.” –Jorge Luis Borges

“Virginia Woolf is one of the few writers who changed life for all of us. Her combination of intellectual courage and painful emotional sensitivity created a new way of perceiving and living in the world.” –Margaret Drabble