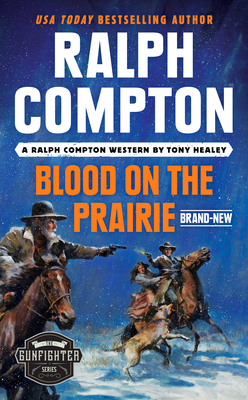 An infamous gunslinger finds his vow to reform put to the test in this exciting installment in Ralph Compton's bestselling Gunfighter series.

Twenty years ago, Sherman Knowles was notorious as a fearsome shootist with an itchy trigger finger and a hot temper. Now he resides in peaceful Elam Hollow, his gunslinging days far behind him. He hasn't fired a weapon in over a decade and is happy for that to be the end of the matter.

Then he receives a visit from his brother's widow, asking for his help in finding his kidnapped niece, and Sherman is left with no choice but to pick up his guns once more and head out into the wilderness to rescue her before it's too late. But you cannot escape the past, and Sherman soon finds the ghosts of yesterday waiting for him on the bleak, unforgiving prairie...

Ralph Compton stood six foot eight without his boots. He worked as a musician, a radio announcer, a songwriter, and a newspaper columnist. His first novel, The Goodnight Trail, was a finalist for the Western Writers of America Medicine Pipe Bearer Award for best debut novel. He was the USA Today bestselling author of the Trail of the Gunfighter series, the Border Empire series, the Sundown Rider series, and the Trail Drive series, among others.

Tony Healey is the author of the Harper and Lane mystery series, featuring Detective Jane Harper and Ida Lane, a survivor with a gift for reading the dead. The Harper and Lane series has been favorably reviewed by authors Blake Crouch, Mark Edwards, and by Publishers Weekly. Hope's Peak and Storm's Edge are available from Thomas & Mercer. Healey independently published the crime novel Not for Us, the young-adult thriller Past Dark, the science fiction series Far from Home, and is currently at work on a Western.