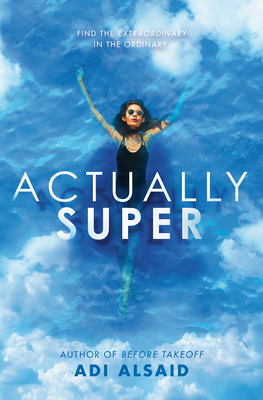 A globetrotting novel that takes a determined teen from Japan to Australia and to Argentina and Mexico on a quest to prove that humanity is more good than bad from the author of Let’s Get Lost and Before Takeoff.

Isabel is having an existential crisis. She’s three years into high school, and everything she’s learned has only shaken her faith in humanity. Late one night, she finds herself drawn to a niche corner of the internet—a forum whose members believe firmly in one thing: that there are indeed people out in the world quietly performing impossible acts of heroism. You might even call them supers. No, not in the comic book sense—these are real people, just like each of us, but who happen to have a power or two. If Isabel can find them, she reasons, she might be able to prove to herself that humanity is more good than bad.

So, the day she turns 18, she sets off on a journey that will take her from Japan to Australia, and from Argentina to Mexico, with many stops along the way. She longs to prove one—just one—super exists to restore her hope for the future.

Will she find what she’s looking for? And how will she know when—if—she does?

ADI ALSAID was born and raised in Mexico City. He attended college at the University of Nevada, Las Vegas. He’s now back in Mexico City, where he writes, coaches basketball, and makes every dish he eats as spicy as possible. In addition to Mexico, he’s lived in Tel Aviv, Las Vegas, and Monterey, California. His previous YA books include Before Takeoff, Let’s Get Lost, Never Always Sometimes, North of Happy, Brief Chronicle of Another Stupid Heartbreak, and We Didn’t Ask for This.