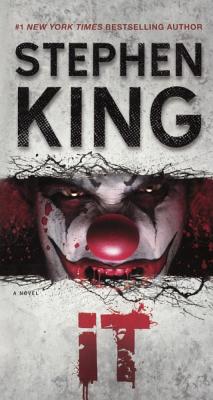 By Stephen King
Email or call for price
Hard to Find

From master storyteller Stephen King comes his classic #1 New York Times bestseller
Can an entire city be haunted? The Losers Club of 1958 seems to think so. After all, when they were teenagers back then, these seven friends who called the small New England metropolis of Derry their home had first-hand experience with what made this place so horribly different. Every twenty-seven years, something that has existed here for a very long time comes back to terrorize Derry, lurking in the city storm drains and sewers, taking the shape of every nightmare and deepest dread. And yet, time passed and the children grew up, moved away...the horror of what they all experienced buried deep, wrapped in forgetfulness. Now nearly thirty years later, they re all being called back to Derry for a final life-or-death confrontation with a primordial evil that stirs and coils in the sullen depths of their memories. For the Losers Club and the thing known only as It have some unfinished business with each other .
My Account • Sign In • Sign Out • Register
NEW & USED BOOKS
AUTHOR EVENTS • GIFTS
Tempe
6428 South McClintock Drive
480.730.0205
[Google Map]
10am-7pm daily
Trade Counter 11am-6pm daily