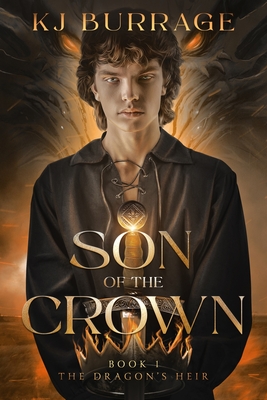 Born under three ill omens and the shadow of his mother's troubling predictions, Jodathyn Pallaurs is the unwanted son of an ancient royal bloodline. Forbidden from leaving the palace, he dreams of freedom. Jodathyn's determination to find purpose and meaning leads him to experiment with the ancient, forbidden power that flows in his veins.

When the young Crown Prince is kidnapped, Jodathyn is thrust into an unfamiliar world of violence and treachery. But a strange power he does not understand brews beneath the surface and he is forced to choose between his loyalty to the crown and his life.

From Jodathyn's ill-fated birth Kieryn Pallarus, the High King of Rama, has lied to protect his half-brother. The Crown Prince's disappearance has resulted in the call for Jodathyn's blood and Kieryn is forced to face the reality that he can longer protect Jodathyn. Will the High King choose to save his kingdom? Or will he choose to save Jodathyn?