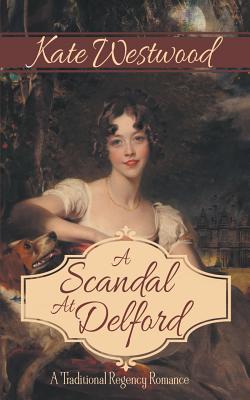 A sensible young lady, her flighty cousin, a charming guardian, a mercenary Earl, deceit and scandal, and the exquisite agony of unrequited love

The loss of her mother and the remarriage of her father have had a sobering effect on Miss Charlotte Milton. Charlotte readily accepts an invitation to spend the summer with her cousin at Delford, the home of her cousin's guardian, where she hopes to deal with her sorrow and remove herself from a difficult situation at home. But almost as soon as she meets Sir Benedict Markham, sparks fly, and she finds herself wondering if spending the summer in his home is not exchanging one difficult situation for another

Sir Benedict Markham takes his role as a guardian seriously, but past experience has made him cynical about love. His ward is bright, volatile and somewhat shallow, but when her cousin comes to visit, he discovers that Miss Charlotte Milton is a very different matter She intrigues him, even as she infuriates him.

When Charlotte's cousin is led astray, into the arms of a titled fortune hunter, can Charlotte convince Sir Benedict that scandal is imminent? Will Charlotte's dislike of Sir Benedict prevent her from seeing the truth of her own feelings? And will Sir Benedict resolve his feelings about the past, before he can look to a future with Charlotte?