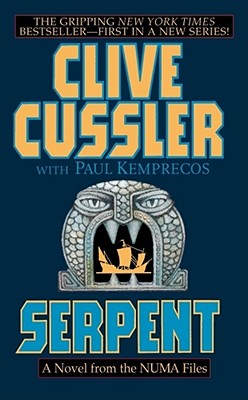 Clive Cussler, the author of sixteen consecutive New York Times bestsellers, unleashes a hero for the next millennium in an electrifying new series of unrelenting action and edge-of-your-seat thrills.

When Kurt Austin, the leader of a courageous National Underwater & Marine Agency exploration team, rescues beautiful marine archaeologist Nina Kirov off the coast of Morocco, he becomes the next target of Texas industrialist Don Halcon. A madman bent on carving a new nation out of the southwestern United States and Mexico, Halcon's scheme hinges on Nina's recent discovery involving Christopher Columbus, and a priceless pre-Columbian antiquity buried in the battered remains of the sunken Italian luxury liner Andrea Doria. Only Kurt Austin and his crack NUMA team stand between Halcon and the Andrea Doria's silent steel hull -- and if their deadly mission fails, Halcon will ride to power on a wave of death and destruction.