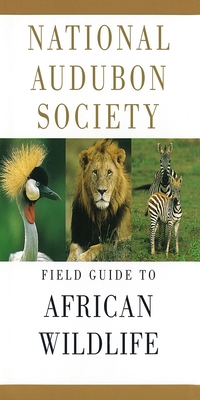 The birds, mammals, reptiles and insects of Africa--a continent unparalleled in its ecological richness--are brought to life in this authoritative, compact field guide, an essential companion for safari-goers and armchair travelers alike.

This guide is packed with nearly 600 stunning color photographs of African habitats and animals, and provides a wealth of information on more than 850 species compiled by veteran safari leaders and experts in African wildlife. The parks and reserves for which the continent is famous are described in thorough detail, taking the reader on an unforgettable virtual safari.

Peter Alden is a birder, naturalist, author, and lecturer. He has led nature tours to more than 100 countries for the Massachusetts Audubon Society, Lindblad Travel, Friends of the Harvard Musum of Natural History, and cruises on all the world's oceans. Author of books on North American, Latin American, and African wildlife, Peter organized an event called Biodiversity Day in his hometown of Concord, Massachusetts.

Richard Estes is a behavioral biologist who has spent more than two decades studying and writing about African mammals.

Duane Schlitter is Curator of Mammals at the Carnegie Museum of Natural History in Pittsburgh.

Bunny McBride is an adjunct lecturer of anthropology at Kansas State University. She is President of the Women's World Summit Foundation.