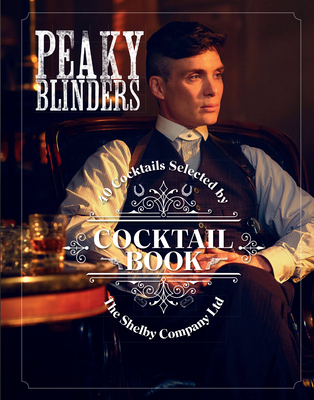 Immerse yourself in the atmosphere of your favourite series by making delicious cocktails inspired by the world of Peaky Blinders, the hit drama seen on the BBC, Netflix and around the world!

Birmingham Sour, Derby, Easy Dizzy ... this officially licensed book includes 40 easy-to-make cocktail recipes made from whiskey, gin and other tipples so that you can sip like a member of the Shelby clan.

Featuring photography of the cast and settings from the award-winning BBC period crime drama Peaky Blinders, impress your guests with historically inspired:

Choose a recipe, settle in in a good leather chair, loosen your starched collar and enjoy the moment!

Sandrine Houdré-Grégoire is a mixologist and creator of flavours based in France. Sandrine ran the Byblos bar in Saint-Tropez and the Murano bar in Paris; in 2008 she was awarded the prestigious title of Best Mixologist in France. Sandrine is the author of a number of successful books on cocktails.