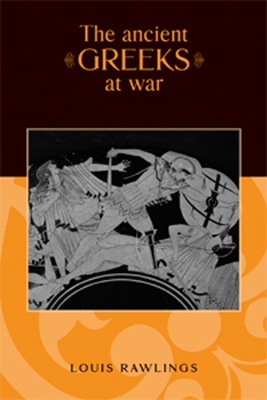 The ancient Greeks experienced war in many forms. By land and by sea, they conducted raids, ambushes, battles and sieges; they embarked on campaigns of intimidation, conquest and annihilation; they fought against fellow Greeks and non-Greeks.

Drawing on a wealth of literary, epigraphic and archaeological material, this wide-ranging synthesis looks at the practicalities of Greek warfare and its wider social ramifications. Alongside discussions of the nature and role of battle, logistics, strategy, and equipment are examinations of other fundamentals of war: religious and economic factors, militarism and martial values, and the relationships between the individual and the community, before, during and after wars. The book takes account of the main developments of modern scholarship in the field and engages with the many theories and interpretations that have been advanced in recent years, in a way that is stimulating and accessible to both specialist readers and a wider audience.

"This is a fine book, which strikes a judicious balance between accessibility and scholarship, covering a much wider range of topics than most books on warfare, and offers an intelligent and original interpretation of its subject."--Hans van Wees, University College London
"A well-written, up to-date and sophisticated survey of Greek warfare before the Macedonian period, with interesting and thought-provoking comments. A thoroughly useful book with lots of insight."--Alan Lloyd, University of Wales, Swansea