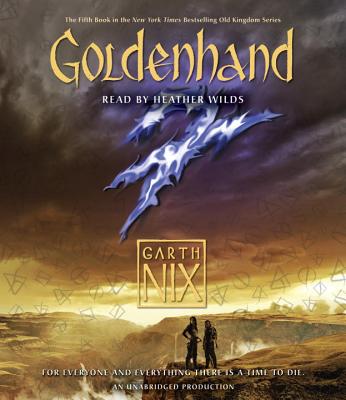 This is book number 5 in the The Old Kingdom series.

Lirael lost one of her hands in the binding of Orannis, but now she has a new hand, one of gilded steel and Charter Magic. On a dangerous journey, Lirael returns to her childhood home, the Clayr’s Glacier, where she was once a Second Assistant Librarian. There, a young woman from the distant North brings her a message from her long-dead mother, Arielle. It is a warning about the Witch with No Face. But who is the Witch, and what is she planning? Lirael must use her new powers to save the Old Kingdom from this great danger—and it must be forestalled not only in the living world but also in the cold, remorseless river of Death.

Garth Nix was born in 1963 in Melbourne, Australia. A full-time writer since 2001, he has worked as a literary agent, marketing consultant, book editor, book publicist, book sales representative, bookseller, and part-time soldier in the Australian Army Reserve. Garth's books include the award-winning fantasy novels Sabriel, Lirael, and Abhorsen; Clariel, a prequel in the Abhorsen series; the cult favorite teen science fiction novel Shade's Children; and his critically acclaimed collection of short stories, To Hold the Bridge. His fantasy novels for younger readers include The Ragwitch, the six books of the Seventh Tower sequence, the Keys to the Kingdom series, and A Confusion of Princes. His books have appeared on the bestseller lists of the New York Times, Publishers Weekly, the Guardian, and theAustralian, and his work has been translated in forty languages. He lives in Sydney, Australia, with his wife and two children.