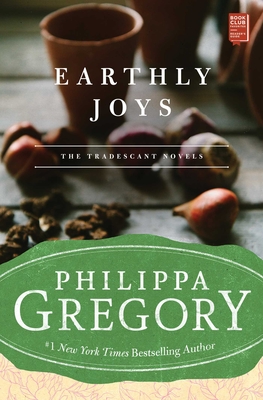 This is book number 1 in the Tradescant Novels series.

#1 New York Times bestselling author and “queen of royal fiction” (USA TODAY) Philippa Gregory brings to life the passionate, turbulent times of seventeenth-century England as seen through the eyes of the country’s most famous royal gardener.

John Tradescant’s fame and skill as a gardener are unsurpassed in seventeenth-century England, but it is his clear-sighted honesty and loyalty that make him an invaluable servant. As an informal confidant of Sir Robert Cecil, adviser to King James I, he witnesses the making of history, from the Gunpowder Plot to the accession of King Charles I and the growing animosity between Parliament and court.

Tradescant’s talents soon come to the attention of the most powerful man in the country, the irresistible Duke of Buckingham, the lover of King Charles I. Tradescant has always been faithful to his masters, but Buckingham is unlike any he has ever known: flamboyant, outrageously charming, and utterly reckless. Every certainty upon which Tradescant has based his life—his love of his wife and children, his passion for his work, his loyalty to his country—is shattered as he follows Buckingham to court, to war, and to the forbidden territories of human love.

"I was entranced...Gregory promises us the continuation of the fictionalized story of the fortunes of the Tradescants in Virgin Earth. Personally, I can't wait."
-- Lisa Jardine, The Times (London)

"A cleverly conceived and executed historical narrative spanning one of the most intriguing and turbulent eras in British history."
-- Margaret Flanagan, Booklist

"This tale of forbidden love set against the turmoil of a country in chaos makes for both intelligent and satisfying reading."
-- Betsy Groban, The New York Times Book Review

"When it comes to writers of historical fiction, Philippa Gregory is in the very top league."
-- Val Hennessy, Daily Mail