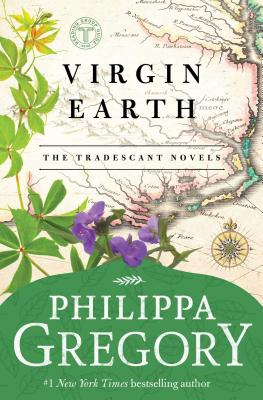 This is book number 2 in the Tradescant Novels series.

In this enthralling, freestanding sequel to Earthly Joys, Gregory combines a wealth of gardening knowledge with a haunting love story that spans two continents and two cultures, making Virgin Earth a tour de force of revolutionary politics and passionate characters.

As England descends into civil war, John Tradescant the Younger, gardener to King Charles I, finds his loyalties in question, his status an ever-growing danger to his family. Fearing royal defeat and determined to avoid serving the rebels, John escapes to the royalist colony of Virginia, a land bursting with fertility that stirs his passion for botany. Only the native American peoples understand the forest, and John is drawn to their way of life just as they come into fatal conflict with the colonial settlers. Torn between his loyalty to his country and family and his love for a Powhatan girl who embodies the freedom he seeks, John has to find himself before he is prepared to choose his direction in the virgin land.

"A tale of forbidden love set against the turmoil of a country in chaos."

"This hefty epic illuminates the seventeenth century with clear prose and a believable cast of characters, and will draw in casual readers and lovers of history alike."

"A cleverly conceived and executed historical narrative spanning one of the most intriguing and turbulent eras in British history."