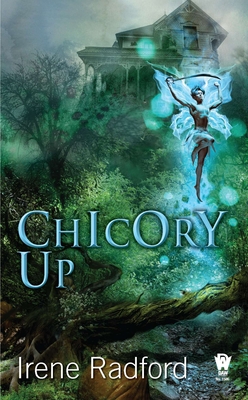 This is book number 2 in the The Pixie Chronicles series.

Exiled from Pixie and deprived of almost all her Pixie magic, Thistle Down had made a life for herself with the help of Desdemona “Dusty” Carrick and her brother Dick. But trouble was brewing among all the Pixie tribes, fueled by Haywood Wheatland, a half-Pixie/half-Faery, who was determined to seize control of The Ten Acre Wood for the Faeries.

Thistle, Dick, Dusty, and her fiancé, Police Sergeant Chase Norton, thought the threat to Skene Falls and The Ten Acre Wood had ended with Haywood’s arrest, but they were wrong. The Pixie tribes were preparing for war, and only an inexperienced Pixie named Chicory was taking a stand. And even if he could convince Thistle and her new family to help him, it might already be too late.

Irene Radford, author of the Dragon Nimbus (The Glass Dragon, The Perfect Princess, The Loneliest Magician, The Wizard's Treasure) and the Dragon Nimbus History (The Dragon's Touchstone, The Last Battlemage, The Renegade Dragon) series, often appears at conventions in the Oregon-California area. She is the author of the Stargods and Merlin's Descendants series as well, and is also one of the founders of the Book View Cafe. She can be contacted via her website, www.ireneradford.com.