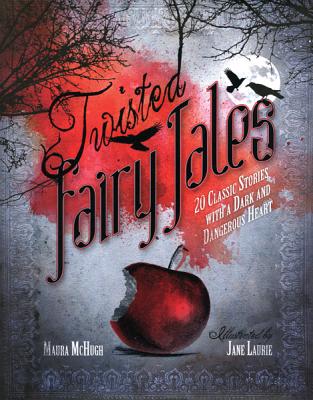 Twisted Fairy Tales is a new anthology of very old tales--but tales with gothic twists of plot guaranteed to astound and terrify even the most fearless readers. These re-told stories include-- * Snow White * Rapunzel * Little Red Hood * The Cinder Wench * Beauty and the Beast * Pinocchio * The Goose Girl * The Pied Piper of Hamelin * and twelve more Well-known tales get gruesome revisions--in many cases bringing them closer to the dark, sinister ways they were told eons ago. Several tales in this book are based on chilling versions collected by the brothers Grimm in the nineteenth century. For example, this new collection presents a Cinderella who, like the heroine in the brothers Grimm story, is known as the Cinder Wench. In this version, readers will discover a young lady tormented by a stepmother who is far more wicked and frightening than the villain we find in most of today's watered-down renditions. All who relish the macabre atmosphere that dominates the Cinder Wench's tale will want to acquaint themselves with all stories in this scary collection. They'll find--
20 sinister legends that linger on the mysterious and macabre Brooding illustrations on every page that heighten the gothic mood Tales that anticipate new television shows, as well as new movies scheduled for release in the coming year Twisted Fairy Tales is an anthology of black magic legends that only the bravest young readers will dare to delve into before bedtime. But once they open this unusual volume, they won't put it down until they've reached the very last page.