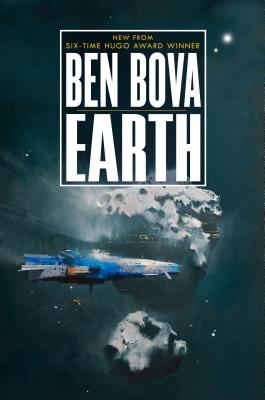 A wave of lethal gamma radiation is expanding from the core of the Milky Way galaxy at the speed of light, killing everything in its path. The countdown to when the death wave will reach Earth and the rest of the solar system is at two thousand years.

Humans were helped by the Predecessors, who provided shielding generators that can protect the solar system. In return, the Predecessors asked humankind's help to save other intelligent species that are in danger of being annihilated.

But what of Earth? With the Death Wave no longer a threat to humanity, humans have spread out and colonized all the worlds of the solar system. The technology of the Predecessors has made Earth a paradise, at least on the surface. But a policy of exiling discontented young people to the outer planets and asteroid mines has led to a deep divide between the new worlds and the homeworld, and those tensions are about to explode into open war.

Ben Bova (1932-2020) was the author of more than a hundred works of science fact and fiction, including Able One, Transhuman, Orion, the Star Quest Trilogy, and the Grand Tour novels, including Titan, winner of John W. Campbell Memorial Award for best novel of the year. His many honors include the Isaac Asimov Memorial Award in 1996, the Lifetime Achievement Award of the Arthur C. Clarke Foundation in 2005, and the Robert A. Heinlein Award “for his outstanding body of work in the field of literature” in 2008.

Dr. Bova was President Emeritus of the National Space Society and a past president of Science Fiction Writers of America, and a former editor of Analog and former fiction editor of Omni. As an editor, he won science fiction’s Hugo Award six times. His writings predicted the Space Race of the 1960s, virtual reality, human cloning, the Strategic Defense Initiative (Star Wars), electronic book publishing, and much more.

In addition to his literary achievements, Bova worked for Project Vanguard, America’s first artificial satellite program, and for Avco Everett Research Laboratory, the company that created the heat shields for Apollo 11, helping the NASA astronauts land on the moon. He also taught science fiction at Harvard University and at New York City’s Hayden Planetarium and worked with such filmmakers as George Lucas and Gene Roddenberry.

“[Bova’s] excellence at combining hard science with believable characters and an attention-grabbing plot makes him one of the genre’s most accessible and entertaining storytellers.” —Library Journal

“A guaranteed crowd-pleaser!” —Booklist on Mercury