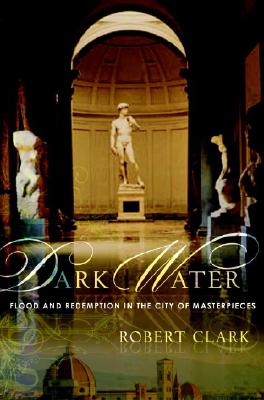 This dramatic, beautifully written account of the flood that ravaged Florence, Italy, in 1966 weaves heartbreaking tales of the disaster and stories of the heroic global efforts to save the city’s treasures against the historic background of Florence’s glorious art.

On November 4, 1966, Florence, one of the world’s most historic cities and the repository of perhaps its greatest art, was struck by a monumental calamity. A low-pressure system had been stalled over Italy for six weeks and on the previous day it had begun to rain again. Nineteen inches fell in twenty-four hours, more than half of the annual total. By two o’clock in the morning twenty-thousand cubic feet of water per second was moving towards Florence. Soon manhole covers in Santa Croce were exploding into the air as jets of water began shooting out of the now overwhelmed sewer system. Cellars, vaults, and strong-rooms were filling with water. Night watchmen on the Ponte Vecchio alerted the bridge’s jewelers and goldsmiths to come quickly to rescue their wares. By then the water was moving at forty miles per hour at a height of twenty-four feet. At 7:26 a.m. all of Florence’s electric civic clocks came to a stop. The Piazza Santa Croce was under twenty-two feet of water. Beneath the surface, twelve feet of mud, sewage, debris, and oil sludge were starting to ooze and settle into the cellars and crypts and room after room above them. Six-hundred-thousand tons of it would smother, clot, and encrust the city.
Dark Water brings the flood and its aftermath to life through the voices of witnesses past and present. Two young American artists wade heedlessly through the inundated city carrying their baby in order to witness its devastated beauty: the Ponte Vecchio buried in debris and Ghiberti’s panels from the doors of the Florence Baptistery, lying heaped in yard-deep mud; the swamped Uffizi Gallery; and, in the city libraries, one billion pages of Renaissance and antique books, soaked in mire. A Life magazine photographer, stowing away on an army helicopter, arrives to capture a drama that, he felt, “could only be told by Dante” amid the flooded tombs of Machiavelli and Michelangelo in Giotto and Vasari’s Santa Croce. A British student, one of thousands of “mud angels” who rushed to Florence to save its art, spends a month scraping mud and mold from Cimabue’s magnificent and neglected Crocifisso as intrigues and infighting among international art experts and connoisseurs swirl around him. And during the fortieth anniversary commemorations of 2006 the author asks himself why art matters so very much to us, and how beauty seems to somehow save the world even in the face of overwhelming disaster.

“Dark Water is not simply the best book yet about the flood that devastated Florence in November, 1966; it’s a new kind of art history—one that reflects on the transformation of a real Italian city (Firenze) into an imaginary city that’s become almost a museum of itself (Florence).”
– Robert Hellenga, author of The Sixteen Pleasures


“A miraculous book, a passionate inquiry into the spirit that sustains the beauty of art and its more vexing sibling, religion. Dark Water is a mystery story and a memoir, set in a city of incomparable riches and dark fascinations. Clark’s masterwork of quest literature deftly combines investigative journalism, meticulous history, and, best of all, a cast of indelible characters whose lives move through Florence and its floods with novelistic power and suspense.”
-- Patricia Hampl, author of The Florist’s Daughter

“Lovers of Florence / Firenze will fall into Dark Water headfirst. This is an engrossing, layered, and intelligent voyage into the history of artists’ relationships to the capricious river Arno. Robert Clark deepens our knowledge of this most poetic of cities, with an unstinting and loving examination of the politics and love brought to bear on the flood of 1966 and the ongoing reverberations that persist. A formidable accomplishment.”
--Frances Mayes, author of Under the Tuscan Sun

"A wonderfully intimate evocation both of the geniuses that created Florence’s masterpieces and the teams of art experts and ‘mud angels’ who rescued them. Anyone visiting Florence after reading Dark Water will find the city all the more precious and miraculous."
-- Ross King, author of Brunelleschi's Dome