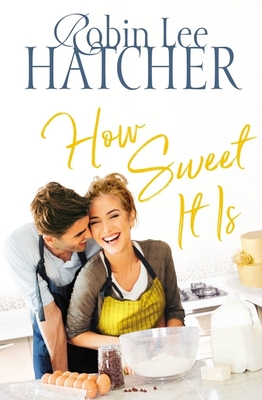 By Robin Lee Hatcher
$15.99
Not Available In-Store - Usually Ships from Warehouse in 1-5 Days

He lost his brother. She lost her dream. Together, they might find what they're really looking for.

Holly Stanford is doing the best she can with the restaurant she inherited from her late uncle. But after her fianc abandons her and the business, Holly regrets having given up her dream of becoming a pastry chef. Now a few bad financial decisions might cost her everything, including her hope for the future.

Jed Henning has done well with his new company despite his prodigal brother's behavior. When Jed's father, the controlling member of the board of directors, temporarily suspends operations until his sons work out their differences, Jed resentfully chases his brother, Chris, to Boise. There Jed rents a basement apartment from Holly and hopes to convince Chris to get his act together before their company collapses.

Unaware that Holly is the one person who can help him get through to Chris, Jed starts the tough work of reconciliation armed with little more than a few family photographs, a stack of old letters, and a Bible that belonged to his great-grandfather, Andrew Henning. And as romance blossoms between Holly and Jed, the story of Jed's great-grandfather highlights the power of God across the generations and the legacy of a family's courageous faith.