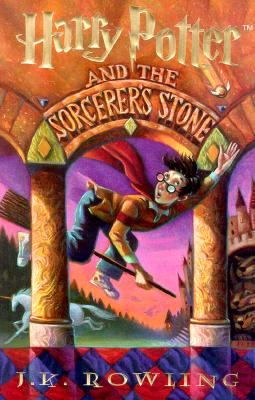 The author's first novel introduces Harry Potter, the son of a powerful wizard and witch who are killed by an even more powerful sorcerer. Sent to live with his Muggle (non-magical) aunt, uncle, and cousin, Harry is treated poorly without knowing why. On his tenth birthday, Harry learns that he is a wizard and is to go off to Hogwarts, a prestigious school for wizards and witches. Harry and his friends, Hermione and Ron, soon discover that something shady is going on, and they must save Hogwarts from the very sorcerer who killed Harry's parents.

No Canadian Rights for the Harry Potter Series