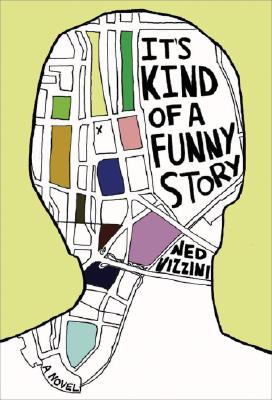 By Ned Vizzini
Email or call for price
Hard to Find

Ned Vizzini began writing for TheNew York Press at the age of fifteen. At nineteen, he had his first book published, Teen Angst? Naaah…. He was also author of three other books for young adults including The Other Normals, Be More Chill, the first young adult novel ever chosen as a Today Show Book Club pick, and which is the basis of the musical of the same name, and It's Kind of a Funny Story, which NPR named #56 of the "100 Best-Ever Teen Novels" of all time and which is the basis of the film of the same name. The last novel published before his death, House of Secrets, was a middle-grade fantasy novels co-written with filmmaker Chris Columbus; it debuted on the New York Times best-seller list.
Ned's stories often drew on his struggles with anxiety and depression, yet they had a strong comic bent. His fans appreciated his honesty and sense of humor; his writing provided solace to those who saw their feelings and experiences mirrored in the books. He was also very generous to other writers. In 2005, he started the Barnes & Noble Teen Writers Workshops, which he ran until 2012.