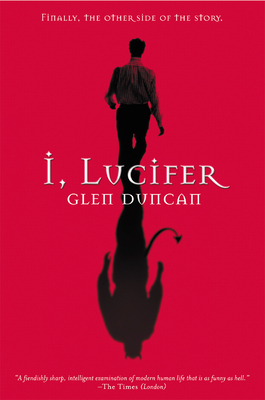 First of all, a warning: this book is not for everyone. If you have any religious sensibilities (or any sensibilities at all, really,) there’s a good chance this book will rub you the wrong way at some point or another. Filled with sin and debauchery, this is one of the most irreverent and offensive books I have ever read. Sometimes it is extremely crude. Sometimes it is downright disgusting. Almost constantly it is blasphemous. But it is also brilliant, insightful, thought-provoking, and utterly hilarious. In this edgy masterpiece of modern satire, the devil walks the Earth in human form, telling his side of the story and enjoying the carnal pleasures of being human along the way. His antics had me alternately ruminating, cringing, and rolling with laughter. The wit and wisdom of Glen Duncan never fails to amaze me, and in my humble opinion, this novel is his crowning achievement. Fans of Chuck Palahniuk will love it. Approach with caution, but read it if you dare.

The end is nigh and the Prince of Darkness has just been offered one hell of a deal: reentry into Heaven for eternity--if he can live out a well-behaved life in a human body on earth. It's the ultimate case of trying without buying and, despite the limitations of the human body in question (previous owner one suicidally unsuccessful writer, Deelan Gunn), Luce seizes the opportunity to run riot through the realm of the senses. This is his chance to straighten the biblical record (Adam, it's hinted, was a misguided variation on the Eve design), to celebrate his favorite achievements (everything from the Inquisition to Elton John), and, most important, to get Julia Roberts attached to his screenplay. But the experience of walking among us isn't what His Majesty expected: instead of teaching us what it's like to be him, Lucifer finds himself understanding what it's like to be us.
By an author hailed by the Times Literary Supplement as one of Britain's top twenty young novelists, I, Lucifer is "a masterpiece...startlingly witty, original and beautifully written" (Good Book Guide).

Duncan packs more wit and energy into one page of I, Lucifer than most writers fit into an entire novel. The book is a leap forward in prose.” Neal Pollack

A fiendishly sharp, intelligent examination of modern human life that is as funny as hell.” The Times (London)

Clever and challengingsizzling with mephitic energy.” The Independent