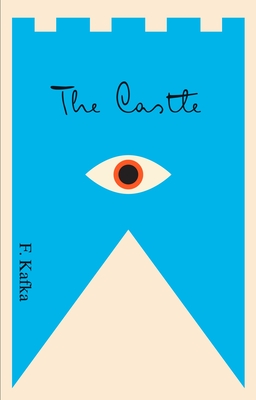 Translated and with a preface by Mark Harman

Left unfinished by Kafka in 1922 and not published until 1926, two years after his death, The Castle is the haunting tale of K.’s relentless, unavailing struggle with an inscrutable authority in order to gain access to the Castle. Scrupulously following the fluidity and breathlessness of the sparsely punctuated original manuscript, Mark Harman’s new translation reveals levels of comedy, energy, and visual power previously unknown to English language readers.

FRANZ KAFKA was born in 1883 in Prague, where he lived most of his life. During his lifetime, he published only a few short stories, including “The Metamorphosis,” “The Judgment,” and “The Stoker.” He died in 1924, before completing any of his full-length novels. At the end of his life, Kafka asked his lifelong friend and literary executor Max Brod to burn all his unpublished work. Brod overrode those wishes.

MARK HARMAN holds a Ph.D. from Yale University and has taught German and Irish literature at Oberlin and Dartmouth. In addition to writing scholarly essays on Kafka and other modern authors, he has edited and co-translated Robert Walser Rediscovered: Stories, Fairy-Tale Plays, and Critical Responses and has translated Soul of the Age: Selected Letters of Hermann Hesse, 1891-1962. He teaches literature at the University of Pennsylvania.

“[Harman’s translation is] semantically accurate to an admirable degree, faithful to Kafka’s nuances, and responsive to the tempo of his sentences and to the larger music of his paragraph construction. For the general reader or for the student, it will be the translation of preference for some time to come.”
—J. M. Coetzee, The New York Review of Books

“The limits of Kafka’s messianic vision correspond to the great skepticism with which he regarded the possibility of transcending the human predicament . . . At precisely the point when K. draws closest to his own salvation and to the salvation that he could offer the rest of the world, he is also farthest away from it. At precisely the moment when his spirit is called, K. is asleep.”
—W. G. Sebald

"The new Schocken edition of The Castle represents a major and long-awaited event in English-language publishing. It is a wonderful piece of news for all Kafka readers who, for more than half a century, have had to rely on flawed, superannuated editions. Mark Harman is to be commended for his success in capturing the fresh, fluid, almost breathless style of Kafka's original manuscript, which leaves the reader hanging in mid-sentence."
—Mark M. Anderson

"The Castle, published here for the first time in 1930, was the first Kafka to arrive in America. After the war, Hannah Arendt remarked that The Castle might finally be comprehensible to the generation of the forties, who had had the occasion to watch their world become Kafkaesque. What will the generation of the nineties make of The Castle, now that its full message has arrived? Here is the masterpiece behind the masterpiece."
—Elisabeth Young-Bruehl

"Sparkles with comedy, with zest, and with a fresh visual power, which in the Muir translation were indistinct or lost. This is not just a new, brilliantly insightful, sensitive, and stylish translation, it is a new Castle, and it is a pleasure to read."
—Christopher Middleton

"This is the closest to Kafka's original novel and intention that any translation could get, and what is more, it is eminently readable. With this exceptional translation, the time for a new Kafka in English has finally come."
—Egon Schwarz