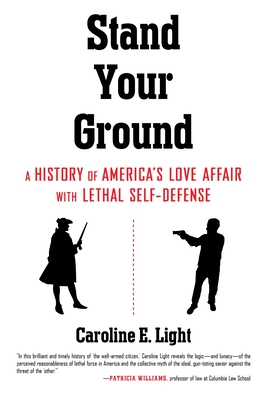 A history of America’s Stand Your Ground gun laws, from Reconstruction to Trayvon Martin

After a young, white gunman killed twenty-six people at Sandy Hook Elementary School in Newtown, Connecticut, in December 2012, conservative legislators lamented that the tragedy could have been avoided if the schoolteachers had been armed and the classrooms equipped with guns. Similar claims were repeated in the aftermath of other recent shootings—after nine were killed in a church in Charleston, South Carolina, and in the aftermath of the massacre in the Pulse nightclub in Orlando, Florida. Despite inevitable questions about gun control, there is a sharp increase in firearm sales in the wake of every mass shooting.

Yet, this kind of DIY-security activism predates the contemporary gun rights movement—and even the stand-your-ground self-defense laws adopted in thirty-three states, or the thirteen million civilians currently licensed to carry concealed firearms. As scholar Caroline Light proves, support for “good guys with guns” relies on the entrenched belief that certain “bad guys with guns” threaten us all.

Stand Your Ground explores the development of the American right to self-defense and reveals how the original “duty to retreat” from threat was transformed into a selective right to kill. In her rigorous genealogy, Light traces white America’s attachment to racialized, lethal self-defense by unearthing its complex legal and social histories—from the original “castle laws” of the 1600s, which gave white men the right to protect their homes, to the brutal lynching of “criminal” Black bodies during the Jim Crow era and the radicalization of the NRA as it transitioned from a sporting organization to one of our country’s most powerful lobbying forces.

In this convincing treatise on the United States’ unprecedented ascension as the world’s foremost stand-your-ground nation, Light exposes a history hidden in plain sight, showing how violent self-defense has been legalized for the most privileged and used as a weapon against the most vulnerable.

Caroline Light is director of undergraduate studies in the Program in Women, Gender, and Sexuality Studies at Harvard University. She is the author of That Pride of Race and Character: The Roots of Jewish Benevolence in the Jim Crow South.

“The author is a keen legal analyst, deftly examining obscure cases that underlie this historical narrative...A weighty consideration of the cultural politics behind disturbing flash points like the death of Trayvon Martin.”
—Kirkus Reviews

“Light makes a compelling case that appeals to ‘self-defense’ throughout American history have never been an equal-opportunity recourse...Light does not shy away from historical facts that popular memory and contemporary debates often erase. She unsparingly describes how many white suffragists supported extrajudicial violence to protect white chastity, and likewise calls attention to the under-acknowledged role of armed self-defense by black Americans during the sixties and seventies.”
—The New Inquiry

“A timely and far-reaching new book...Light deftly analyzes how this lop-sided treatment has survived, in our legal system and also in the distortions that help define the historical memory of white America...It’s far from obvious that repealing Stand Your Ground laws would break that loop. As Light shows, the right to claim the protective mantle of self-defense has never been equally distributed in America. Stand Your Ground laws may be stark symbols of that reality, but they didn’t create it. Stand Your Ground didn’t kill Martin or keep Zimmerman out of jail. And it didn’t protect Peterson. Truly facing the problems of violence in America will mean following Light’s lead and digging deeper.”
—Peter C. Baker, Pacific Standard

“While some may believe that the prevalence of ‘stand-your-ground’ narratives is a new phenomenon, Caroline Light’s Stand Your Ground is timely and sharp, and a potent antidote to historical amnesia. Light reminds us that these defenses are as old as the republic; they have always protected those with privilege and jeopardized those at the margins.”
—Mark Anthony Neal, author of New Black Man

“In this brilliant and timely history of ‘the well-armed citizen,’ Caroline Light reveals the logic—and lunacy—of the perceived reasonableness of lethal force in America and the collective myth of the ideal, gun-toting savior against the threat of the ‘other.’”
—Patricia Williams, professor of law at Columbia Law School

“Caroline Light traces the history of self-defense in America from the early republic to the present and reveals how gun-use policies have consistently compromised the contours of our democracy. Paying careful attention to the roles of race and gender in structuring gun control politics, Light ultimately provides us with a profound reflection on belonging and exclusion in American society. Essential reading.”
—Elizabeth Hinton, award-winning author of From the War on Poverty to the War on Crime: The Making of Mass Incarceration in America

“Provocative and original.”
—Mike “The Gun Guy” Weisser, author of the Guns in America series