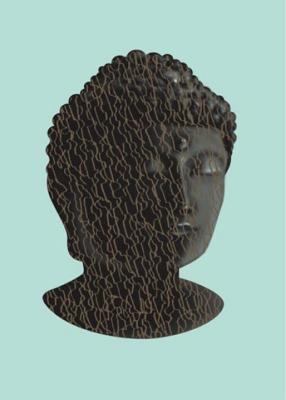 Written in a prose of almost biblical simplicity and beauty, Siddhartha is the story of a soul’s long quest for the answer to the enigma of man’s role on earth. As a youth, the young Indian Siddhartha meets the Buddha but isn’t content with the disciple’s role. He must work out his own destiny—a torturous road on which he experiences a love affair with the beautiful courtesan Kamala, the temptation of success and riches, the heartache of struggling with his own son, and finally, renunciation and self-knowledge.

The name “Siddhartha” is often given to the Buddha himself—perhaps a clue to Hesse’s aims contrasting the traditional legendary figure with his own conception.

This new edition of the classic Siddhartha includes The Dhammapada (“Path of Virtue”), the 423 verses attributed to the Buddha himself, which forms the essence of the ethics of Buddhist philosophy.

HERMANN HESSE was born in 1877 in Calw, Germany. He grew to become a celebrated author and the recipient of the Nobel Prize in Literature in 1946. As the son of missionaries, he developed a fascination with self-discovery and spiritual explorations, an interest also likely due in part to his lifelong struggle with depression, which led him to study Sigmund Freud and, later, to undergo psychoanalysis with Carl Jung. In 1912 he moved to Switzerland, where he wrote his best-known books, including the classic Siddhartha; composed poetry; and painted landscapes. He passed away in 1962 in Montagnola, Switzerland. Hesse is one of the most widely translated authors of the twentieth century; his work continues to have influence worldwide.


The Buddha is a title given to the founder of Buddhism, Siddhartha Gautama (c. 563-460 B.C.). Born an Indian prince, he renounced wealth and family, became an ascetic, and after achieving enlightenment through meditation, taught all who came to learn from him.

Hilda Rosner is an author and translator.

Irving Babbitt (1865-1933) was an American academic and literary critic.

Hermann Hesse is the greatest writer of the century.
— San Francisco Chronicle

Delight in Hesse signifies a new delight in human mysteries, in life’s possibilities, in the power of the will and the pleasures of the imagination.
— The Nation

In Siddhartha the setting is Indian and we encounter the Buddha, but the author’s ethos is still closer to Goethe....

One could even hope that Hesse’s readers are hungrily imbibing Siddhartha, and that they will be so wisely foolish as to live by it.
— Chicago Tribune