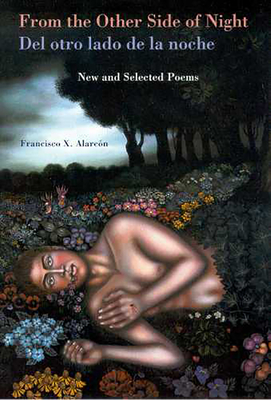 On the other side of night, Francisco Alarcón is waiting.

One of Chicano literature's premier poets, Alarcón has brought his luminous images to the page in such acclaimed volumes as Sonnets to Madness and Other Misfortunes and Snake Poems. Now he has assembled the best of his work from fifteen years, along with fourteen new poems, in a book that distills his magical sense of reality into a cup brimming with passion.

Raised in Guadalajara and now living in the San Francisco Bay area, Alarcón sees that " 'Mexican' / is not / a noun / or an / adjective / 'Mexican' / is a life / long / low-paying / job." Participating in a poetic tradition that goes back to the mystic Spanish poets of the sixteenth century, he brings us sonnets infused with romance and tenderness—and shorter poems that are direct and hard-hitting commentaries on American society, as he cries out for "a more godlike god," one "who spends nights / in houses / of ill repute / and gets up late / on Saturdays."

Alarcón invokes both the mysteries of Mesoamerica and the "otherness" of his gay identity. "My skin is dark / as the night / in this country / of noontime," he writes, "but my soul / is even darker / from all the light / I carry inside." In lyrical poems open to wide interpretation, he transcends ethnic concerns to address social, sexual, and historical issues of concern to all Americans. The fourteen new poems in From the Other Side of Night offer startling new commentaries on life and love, sex and AIDS.

Shifting effortlessly between English and Spanish—and even Nahuatl—Alarcón demonstrates the gift of language that has earned him both a wide readership and the admiration of fellow poets. With this book, he invites new readers to meet him where the darkness is palpable and the soul burns bright.

Francisco X. Alarcón is the author of ten volumes of poetry and several books of bilingual poetry for children. He has been a recipient of several literary prizes, including the Before Columbus Foundation American Book Award, the Pen Oakland Josephine Miles Award, and the UC Irvine Chicano Literary Prize. He currently teaches at the University of California, Davis, where he directs the Spanish for Native Speakers Program.

"A vital tradition in Spanish poetry unites politics, eroticism, and surrealism in a way few poets writing in English have attempted, let alone managed. Francisco Alarcón's poems join those of Pablo Neruda, Cesar Vallejo, Federico Garcia Lorca, and others in this tradition, while bringing his own distinctive background and voice to this vital, engaged, moving volume."—ForeWord

"This big book should cement his appeal for anyone interested in Chicano and West Coast Latino writing and activism."—Publishers Weekly

"His subject matter remains courageously political, seeking risks, not safety in these volatile times when much of American poetry still shies away from social issues. . . . This is a brave collection of poetry that should confirm Alarcón's status as a premier laureate of Chicano letters."—El Paso Times