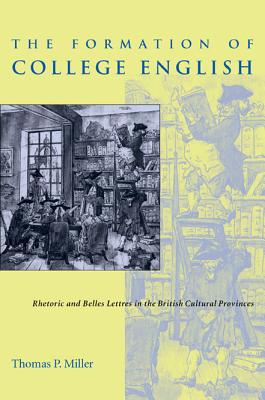 In the middle of the eighteenth century, English literature, composition, and rhetoric were introduced almost simultaneously into colleges throughout the British cultural provinces.  Professorships of rhetoric and belles lettres were established just as print was reaching a growing reading public and efforts were being made to standardize educated taste and usage.  The provinces saw English studies as a means to upward social mobility through cultural assimilation.  In the educational centers of England, however, the introduction of English represented a literacy crisis brought on by provincial institutions that had failed to maintain classical texts and learned languages.

Today, as rhetoric and composition have become reestablished in the humanities in  American colleges, English studies are being broadly transformed by cultural studies, community literacies, and political controversies.  Once again, English departments that are primarily departments of literature see these basic writing courses as a sign of a literacy crisis that is undermining the classics of literature.  The Formation of College English reexamines the civic concerns of rhetoric and the politics that have shaped and continue to shape college English.

"I first became aware of Tom Miller's work at a 4C's conference . . . At that time I was impressed with the thoroughness of his scholarship and the meticulousness of his research. . . . For my purposes it filled a vacuum that no other work on the history of English studies had done. . . . Miller's book provides a full history of English studies as seen from the viewpoint of scholars stationed at the end of twentieth century and the beginning of the twenty-first. It is an important contribution to the discipline's history."
--Rhetoric Review