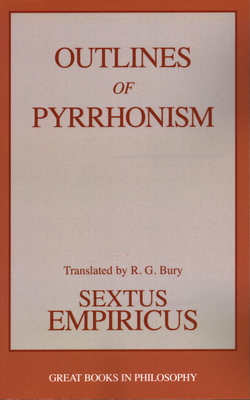 Throughout history philosophers have sought to define, understand, and delineate concepts important to human well-being. One such concept is "knowledge." Many philosophers believed that absolute, certain knowledge, is possible—that the physical world and ideas formulated about it could be given solid foundation unaffected by the varieties of mere opinion.

Sextus Empiricus stands as an example of the "skeptic" school of thought whose members believed that knowledge was either unattainable or, if a genuine possibility, the conditions necessary to achieve it were next to impossible to satisfy. In other words, in the absence of complete knowledge, one must make do with the information provided by an imperfect world and conveyed to the mind through sense impressions that can often deceive us. Throughout his life Sextus Empiricus entered into intellectual combat with those who confidently claimed to possess indubitable knowledge. For skeptics, the best one can hope to achieve is a reasonable suspension of judgment—remaining ever mindful that claims to knowledge require careful scrutiny, thoughtful analysis, and critical review if we are to prevent ourselves and others from plunging headlong into mistaken notions.

SEXTUS EMPIRICUS, physician and philosopher, wrote in the latter part of the third century CE. Little is known of Sextus's life. He seems to have resided for a while in Rome and later in Alexandria.

Sextus represented the new skeptical school founded by Aenesidemus of Cnossos, whose system Sextus endeavored to clarify. Briefly, the skeptics de­voted themselves to critiquing and pointing out the shortcomings of every positive philosophical doctrine. Sextus himself was a major proponent of the Pyrrhonistic "suspension of judgment" (named for the philosopher Pyrrho of Elis [ca. 360-270 BCE), which maintained that we can obtain no undeniably true knowledge of reality. This being the case, we should refrain from forming judgments about things we cannot truly understand.

While Sextus's writings may appear wanting in originality, they are a valuable compilation of the work of his predecessors, and for this very reason, they provide us with a much-needed description of ancient skepticism.