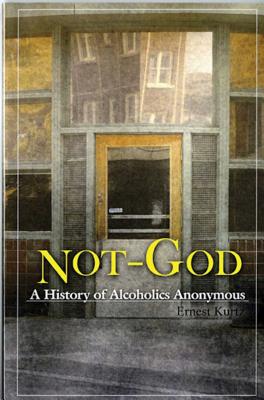 A fascinating, account of the discovery and program of Alcoholics Anonymous, Not God contains anecdotes and excerpts from the diaries, correspondence, and occasional memoirs of AA's early figures.

The most complete history of A.A. ever written. Not God contains anecdotes and excerpts from the diaries, correspondence, and occasional memoirs of A.A.'s early figures. A fascinating, fast-moving, and authoritative account of the discovery and development of the program and fellowship that we know today as Alcoholics Anonymous.

Ernie Kurtz received his Ph.D. in the History of American Civilization from Harvard University in 1978. His doctoral dissertation was published as the book Not-God: A History of Alcoholics Anonymous. Since then, he has published The Spirituality of Imperfection, and the booklet Shame and Guilt: Characteristics of the Dependency Cycle. He has also published a number of articles, both scholarly and popular, on topics related to his interests and has lectured nationally and internationally on subjects related to the academic study of spirituality. Some of his articles have been published in the 1999 book, The Collected Ernie Kurtz. Dr. Kurtz taught American History and the History of Religion in America at the University of Georgia and Loyola University of Chicago. From 1978 to 1997, he served on the faculty of the Rutgers University Summer School of Alcohol Studies and from 1987 to 1997 as a lecturer at the University of Chicago School of Social Service Administration. After a brief stint as Director of Research and Education at Guest House, then an alcoholism treatment facility for Catholic clergy, Ernie retired to Ann Arbor, Michigan, and began taking classes in the School of Information at the University of Michigan. He continued to travel widely offering presentations until late 1997, when a botched medical procedure led to spinal surgery that only partially restored his ability to stand and walk. Noting that "it is ironic that I now walk like a drunk," Ernie devoted his remaining time to the intricacies and possibilities of electronic research in this field. Ernie passed away January 2015.