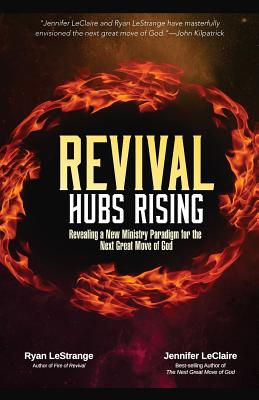 Revival hubs. Apostolic centers. Houses of prayer. Kingdom centers. Glory hubs. There are many different ways to describe the emerging model of church-as-we-have-never-known-it, but all of them break the traditional Sunday morning mold--and they all have at least one thing in common: they are rising up out of intercession from hearts desperate for more of God.

What is a revival hub? That's a question many are asking in this hour as God breathes on this ministry model. As we mentioned in chapter one, revival hubs are emerging and evolving and take on different flavors--and not everyone uses the term revival hub. Again, some call them apostolic centers, houses of prayer, missions bases, kingdom centers, glory hubs and so on.

Although you don't see the term revival hub in the Bible, it's a new wineskin--or perhaps better called a resurrection of the original model of church--that is clearly presented in the Book of Acts. Here is our definition of a revival hub: a center that is focused on digging and maintaining a rich well of revival and Spirit-led ministry unto equipping, awakening and societal transformation. A revival hub is a base of tactical operation, organization, and deployment.

Father is placing men and women in small towns and big cities to dig deep wells of revival and refreshing. He is establishing ministries that will, when they mature, serve as a hub of awakening in their region, where people come and go to get refreshed and equipped. Radical revivalists whose heart cry is to see a Third Great Awakening will steward divine outpourings in revival hubs. The vision is not merely to build a ministry that blesses people but to release the spiritual destiny of a city or region, host the presence of God, and facilitate a radical transformation in hearts and minds that ultimately changes the spiritual climate.