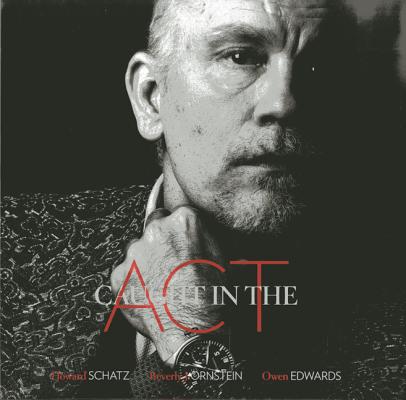 Actors fascinate us in part because they live out the truths we cannot - or do not - want to live out ourselves. In his latest book, acclaimed photographer Howard Schatz develops upon his well-received monthly feature for Vanity Fair,"In Character." Schatz' mastery of his craft is demonstrated as he himself acts, taking on the role of a director and giving his subjects detailed situations to explore, which are listed with the resulting image. The actors featured here - including John Malkovich, Pierce Brosnan, Michael Douglas, Colin Firth, Laurence Fishburne, Whoopi Goldberg, Michael C. Hall, Hugh Laurie, Amy Poehler, and Geoffrey Rush, among other illustrious greats - demonstrate their skill for improvisation while Schatz captures the complexity of their emotional and physical range. This inventive collection is a richly entertaining revelation of the fantasy of transformation. Schatz does not simply create characters from these actors - he helps to reveal their humanity.

Howard Schatz is an internationally known, critically acclaimed, award-winning photographer. His work has been published in 19 books, and his images are regularly featured in illustrious publications such as Time, Vanity Fair, Sports Illustrated, ESPN Magazine, Vogue, GQ, The New York Times Magazine, and The New Yorker. Schatz has worked with such prominent clients as Ralph Lauren RLX, Escada, Sergio Tacchini, Nike, Reebok, Wolford, Etienne Aigner, Sony, Adidas, AT&T, and Mercedes-Benz. Schatz has won nearly every award in his field, putting his talent on par with that of the A-list subjects of his work. Beverly J. Ornstein worked for ten years as a producer at KQED-TV in San Francisco before taking on the role of executive producer at Schatz Ornstein Studio. She has overseen the production of over 20 books of photography. Owen Edwards has written extensively about photography in publications such as Vogue, The New York Times Magazine, and the Smithsonian Magazine. He was managing editor of Cosmopolitan and founding editor of Parenting magazine. Edwards co-wrote the bestselling design book Quintessence.
My Account • Sign In • Sign Out • Register
NEW & USED BOOKS
AUTHOR EVENTS • GIFTS
Tempe
6428 South McClintock Drive
480.730.0205
[Google Map]
10am-7pm daily
Trade Counter 11am-6pm daily