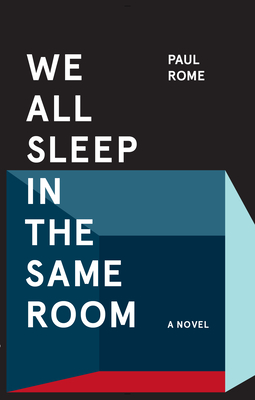 In his potent debut novel, Paul Rome leads us on an intimate tour through the midlife crisis of Tom Claughlin: successful union lawyer, charming father, passionate lover, and a man with too much to lose. As the story unfolds, Rome writes with poisonous subtlety and unnerving poise, approaching darkness not in desperate leaps and staggering lurches but with a calm, controlled stride that challenges us to reexamine all of our preconceived notions of morality. This is a rare book, easy to read but deeply thought-provoking, the blank spaces between the lines overflowing with meaning. Don’t let its length fool you–this short, blisteringly fast read will haunt you long after you’ve turned the last page.

Where do you go when you've done everything right? Tom Claughlin, a forty-something labor lawyer, has spent his life fighting an unwinnable war. A husband, recent father, and longtime advocate for the noble New York City workforce, he plunges himself into every case--a school teacher threatened with deportation, a former receptionist haunted by abuse--even as they bring him intimately closer with the firm's newest hire: Jessie, a winsome young legal assistant. We All Sleep in the Same Room pans between the victories and flirtations of a Times Square office, and the tiffs and tenderness of a Union Square home. A simmering psychological bender, Paul Rome's debut offers a tale of moral erosion and collapse over the course of four fateful months in the fall of 2005.

Paul Rome is a writer of fiction and performance literature. His work has been described by The Faster Times as "writing that dazzles," by Bushwick BK as "endearingly neurotic," and by Volume 1 Brooklyn as "sharp satire" that "glisten[s] with sophistication and wit." He lives in Brooklyn, where he manages the Wyckoff Starr coffee shop.