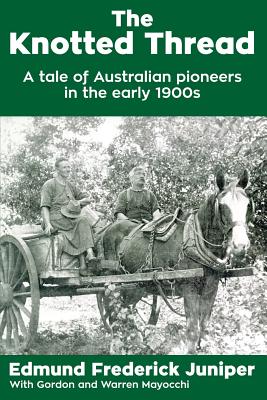 In the early 1900s the Juniper family emigrated from England to the isolated town of Innisfail, Australia. Cane farming had been established in the area only 25 years prior, so with great hopes of a new life Jack Snr. and Mary Juniper decided to embrace a pioneering life and the opportunities available. It was also a time of worldwide change and turmoil with the crowning of King George V, establishment of moving pictures, an appearance of Halley's Comet, the development of airplanes, and World War One.

Born in 1900, Edmund Juniper was the ninth child of eleven living children for Jack Snr. and Mary. Before he died in 1985 he typed out the story of the Juniper family's move and the adventures he experienced. The contrasts between life in England and Australia are fascinating to read, but there is also the contrast between the lifestyle of those times with now. During Edmund's adventures he details memories of the big events and local life in the streets of London, crossing the oceans of the world, cane farming, surviving the 1918 Innisfail cyclone, and more.

Throughout he takes us on an absorbing and humorous journey as he plays the part of "nosey-nose" - a curious child who comes of age during the course of the story.