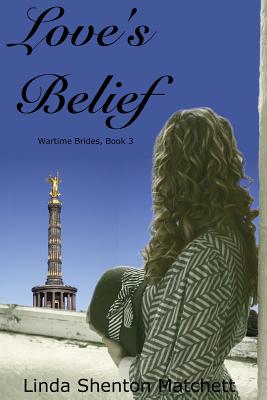 Midwife Pia Hertz and her mother Sabine have been delivering babies long before the Nazis came to power. Now, the Third Reich has implemented mandates that require Jewish babies and other "undesirables" to be killed as part of The Final Solution. Is Pia's new faith in Christ strong enough to defy the laws of man?

Despite the agony of the injury at the Battle of Dr bak Sound that took his arm, Dieter Fertig is relieved he's no longer part of Hitler's army. He returns to Berlin and discovers Jews are being deported by the thousands. When he realizes the Nuremburg Laws require his best friend's baby girl to be killed, he must find a way to spirit the child out of Germany before the Nazis discover her existence.

Inspired by the biblical story of Shiprah and Puah, the midwives who saved Jewish babies during Pharaoh's reign, Love's Belief shows how one person's actions can change the world.