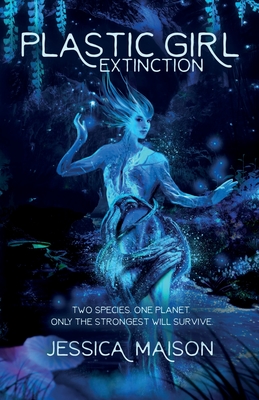 In Extinction, the second book of the Plastic Girl series, sisters Eva and Iris evade monstrous lifeforms, defeat violent invaders, and unlock evolutionary secrets as they fight for what's left of humanity.  Lost in the labyrinth caves below Bear Island, Eva and Iris confront a deadly threat from a longtime ally-the species born of plastic. On the surface, the teens from the post-apocalyptic mainland return and discover the island's long-extinct plants and animals and quickly divide into factions-those who want harmony with this new life and those who want discord.

The species born from plastic can heal the entire planet and reverse the climate apocalypse but not without sacrificing Eva and all of humanity. In the spirit of Lord of the Flies, those on the island will either work together or kill each other. One sister will leave the other behind, testing the ties of their found family. It seems only the strongest will survive as the two sides battle for control, but the way forward is much more symbiotic and terrifying.