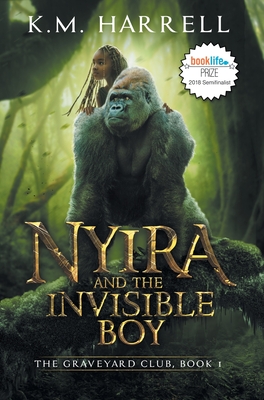 Hiding in the jungle, she befriends a young gorilla, named Gord. The slave hunters capture Gord, forcing Nyira to give up her freedom to save his life. She is transported by slave ship to Haiti.

Ten-year-old Enriquillo's tribe has lived peacefully--hidden in the Haitian mountains--for over three hundred years. French soldiers still managed to kill their chief--Enriquillo's father, and his best friend is murdered by a local planter. Now Enriquillo plots revenge. He meets Nyira on a day he sneaks into the town market, and discovers she is the dark princess prophesized as his future queen. But Nyira uses magic to save a friend's life, and is charged as a witch and condemned to burn. Will Enriquillo risk his people's secret existence to outwit the dangerous French troops and the determined archdeacon, to save his love?