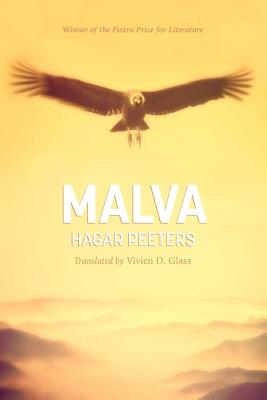 His birth name, Neftali Reyes, is not as widely recognized as his pen name, Pablo Neruda; the name he gave his only child, Malva Marina Trinidad Reyes, is lesser known yet. Born with a grave disorder, she died a child, far from her father, and voiceless.
But the voice and musings given to Malva’s ghost, in this disarming novel by the Dutch poet Hagar Peeters (whose own father perished in an act of Chilean political violence), as well as the companions Malva finds in the beyond, lifted me across oceans and decades, effortlessly.
The tumultuous decades, the pain turned poetry, are eased for us through Malva’s sweetness; Peeters gives her such life, one can only be grateful. — From Claudia's Picks

Malva, a precocious eight-year-old ghost, is running amok in the afterlife with a cadre of other lost children. She searches for her father, the famous poet Pablo Neruda, and wants him to know the details of her small, but not insignificant life. Why did he abandon her, and her mother Maria? And what became of him? Who was he before he had a child? And what did she, his only child, mean to him?

From her omniscient perspective, the once disabled and mute Malva now travels through the world and through time, seeing her father as a young boy, later as he courted her mother in Dutch-Indonesia, and how his political passions drove his life. She scrutinizes every moment, seeking to understand and resolve her loss. With the wisdom of a child, she picks up her father's pen and conducts literary mischief, courting the great poets of our time and bringing her chosen ghostwriter, Hagar Peeters, news of her own father, who was a journalist in Chile during the coup and Neruda's mysterious death.... Startling, profound, and graceful, Peeters brings to readers the world Malva could not describe in life, an extraordinary story of love that spans earth and heaven.

Hagar Peeters (b. 1972), nominee for Dutch Poet Laureate, has won numerous prizes and published several volumes of poetry: Enough Poems Written About Love Today (1999), Suitcases of Sea Air (2003), Runner of Light (2008) and Maturity (2011). She spent ten years researching the life of Malva in The Netherlands and Chile. She lives in Amsterdam with her son.

Vivien Glass (b. 1975) is a literary translator from Dutch and German to English. She was born in Switzerland and moved to the Netherlands in 1995, where she completed degrees in translation and interpretation. Her published translations include works of fiction, nonfiction, poetry, children's verse and more. She is recipient of the 2013 Nederland Vertaalt prize for her poetry translation, of a work by Gerrit Komrij.
My Account • Sign In • Sign Out • Register
NEW & USED BOOKS
AUTHOR EVENTS • GIFTS
Tempe
6428 South McClintock Drive
480.730.0205
[Google Map]
10am-7pm daily
Trade Counter 11am-6pm daily