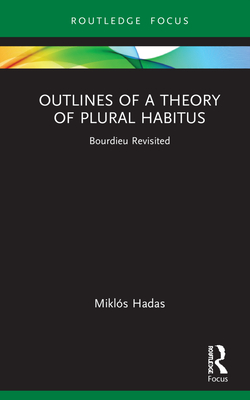 By Miklós Hadas
Email or call for price

This book explores the thought of Pierre Bourdieu, one of the most influential sociologists of the twentieth century, proposing a modification and extension of his concept of habitus. Building on Bourdieu's notion of the translational reproduction of social structure - the idea that while social classes move in the same direction, dominant groups are able to preserve their relative power position, thus maintaining the structure of the gap - the author proposes that as social structures change, habitus change correspondingly, and thus become plural. Informed by Norbert Elias' process sociology, this volume offers examples of habitus pluralisation, arguing that this modification of Bourdieu's thought renders it more suitable for the study of social changes and represents the development of a path that Bourdieu himself had begun to explore in the later stages of his career. As such it will appeal to scholars of sociology and social theory with interests in historical sociology, process sociology, social structures and the thought of Bourdieu.