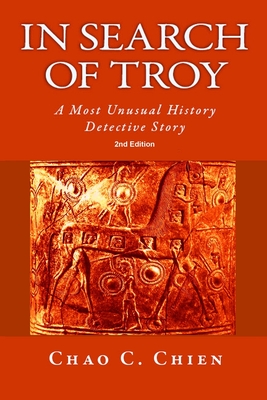 The Trojan War took place more than 3,000 years ago. Yet 3,000 years ago there was no Greek civilization. The Balkans, arguably, was Mycenaean, not Greek. Scholars have strenuously stressed that the Mycenaean script, Linear B, was the forerunner of Greek, yet it was a syllabic script, not a phonetic one. Therefore, the best one can argue for is that the later Greeks had absorbed some aspects of the Mycenaean cultures, including gods, into their own. Therefore, there are plenty of reasons to dispute the Asia Minor Troy assignment. But interestingly, as it were, the controversy-error if you will-involved a certain scholar named Andr's R na-Tas.

Andr's R na-Tas is a historian and linguist who specializes in all things Hungarian. He received a degree in eastern linguistics (Turkic, Mongol, and Tibetan). His relevance to the present work lies in his conclusion that the origin of the name "Turk" was "Truk." In the east, where the Turks flourished, the native tongues could not accommodate the "Tr" sound. So, "Truk" became "Turk," and the "Truks" accepted the mispronunciation.

Yet, "Truk" was none other than "Troy," as manifested in the Greek word "Troia." Therefore, Troy was really Turk. The Greeks and Romans called Troy (Turk) by other names; viz., Ilium and Ilion. In a round-about way, we have proof that the Greeks did not battle the Trojans/Turks at the western tip of Asia Minor. The conflict happened elsewhere, and this book sets out to find out where that was.

That said, what is this book about? It is about the pre-history of the historical Greeks, and it takes us around the Eurasian Continent. Yes, the Greeks traveled from Egypt through India to southwestern China where it met or participated in establishing the San Xing Dui Culture (Sanxingdui, 三星堆, and the Chinese know not this book), then went north to Siberia, west to Central Asia, and eventually settled in the Balkans no earlier than the 8th c. BCE. Somewhere during this trip, the pre-Greeks found the Trojans and they had it out.

Prof. Chien, the author of In Search of Troy, is a multicultural scholar. His knowledge straddles multiple disciplines and civilizations. His Chinese heritage combined with his American education provides him with a unique stereoscopic view of the world. His engineering background ingrains in him a strict logical thinking. His uncompromising inquisitiveness propels him to look at each and every aspect of the historical timeframe within his purview and to formulate a viable solution to the problem, and what a conclusion it is.

Prof. Chien quickly defines the problem, then in the best Agatha Christie tradition carefully and deliberately lays out the background, giving us a clear understanding of the time and the scope of the central issues. One by one he lays out the pertinent factors that would shed light on the path to the solution. And just when you wonder how they would all be woven together, pow, pow, pow, pow, pow, and you're down for the count That was, of course, Muhammad Ali rope-a-dope knocking out George Foreman, but the effect here is not dissimilar. You, the reader, hardly have the time to demur, and the case is made.

Well, that may not be the case with the academics, for Prof. Chien's theory will most assuredly be considered too outr for their comfort, although it is impeccably supported by the evidence provided and well-argued. One does not expect mainstream intelligentsia to give up on long-held views without some resistance. Nonetheless, in this magnum opus, the author gives a master class in research. The material contained herein is rich. There are at least 10 PhD degrees waiting to be earned by some worthy history students. It is without question a tour de force, a pi ce de r sistance in the annals of historical research.

Ultimately, In Search of Troy is a great read, and in a way is more entertaining than the Iliad itself-Edit.