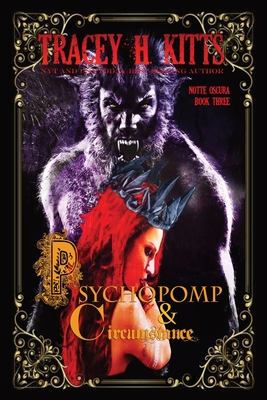 This is Book Three in the Notte Oscura series. Each book in this series is a standalone story with returning characters.

No one knew what was going on when Persephone showed up at Notte Oscura, naked and covered in blood.

"Take from me whatever you want, and if you don't believe in fate after the full moon, you are no longer obligated to continue our agreement."

"Everything about Edward was an open book, and if I'm being honest, I was looking for a good read."

And here I thought hot flashes were the worst of what to expect in my forties. Now, I'm probably a werewolf. I say "probably" because I have no memory of even seeing a werewolf, let alone being attacked by one. Still, my body is going through some werewolf-like changes. Edward says he's here to help me figure out what happened. He also believes in things like fated mates and love at first sight. But he says he's willing to put all that aside and be a slave to my desires until the next full moon.

You see, my hormones are going crazy. Turns out that if you become a shapeshifter in your forties the changes can be more severe. As a result, my libido is raging and Edward has kindly offered his services.

A slightly younger man to help unravel the mystery of what happened to me and satisfy my every need? This could be interesting.

Warning: This book contains graphic language (mostly used by gnomes), violence, a sense of humor, a dash of faerie dust, and mature situations involving an insatiable wolfman. Prepare yourself for a paranormal women's fiction novel of the spicy variety.